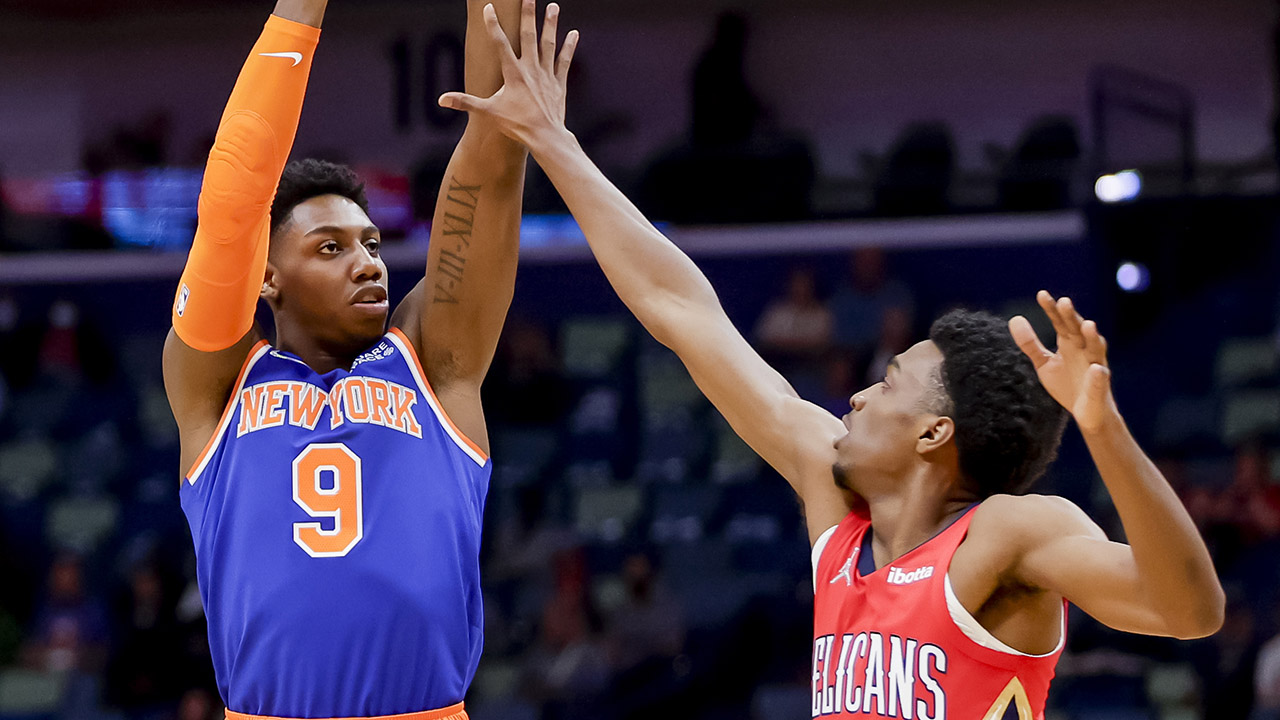 R.J. Barrett made six 3-pointers and poured in a career-high 35 points to lead New York in scoring for a second straight game, and the Knicks beat the New Orleans Pelicans 123-117 on Saturday night for their fifth victory in six games to start the season.

Evan Fournier hit five from deep and scored 19, and Kemba Walker made four 3s and also scored 19 for the Knicks, who never trailed and led from the time Walker hit from deep 16 seconds after the opening tip.

The Knicks went 19 of 33 (57.6%) from 3-point range as a team, the difference in a game that saw the teams close to even in most other statistical categories. New Orleans, which has opened the season with six losses in seven games, made 11 of 33 (33.3%) from deep.

The Pelicans were already having trouble early this season creating consistent offense without star power forward Zion Williamson, who is working his way back from offseason foot surgery. Brandon Ingram was also ruled out of the match against New York due to a right hip contusion.

New Orleans managed to stay competitive right up until the end.

The Pelicans used a 13-3 run to pull to 111-109 on rookie Herb Jones’ cutting layup with 1: 51 left. But that was when Barrett closed the game. Williamson could only see from New Orleans’ bench as he was thriving in his third professional season.

Barrett made a 3 and then the Pelicans responded briefly when Graham missed a rebound off the glass after he had been fouled. Graham fell to the court.

Barrett then fed Taj Gibson for a cutting dunk and followed up that clutch assist with a pull-up 3 to make it 119-112 with 44 seconds left.

The Knicks built their first double-digit lead less than three minutes into the game when back-to-back 3s by Barrett and Julius Randle made it 14-3.

The lead ballooned to 16 in the second quarter when Alec Burks’ running pull-up made it 44-28. New York still led by 16 with just under 5 minutes remaining in the half when the Pelicans seized momentum.

Valanciunas, who scored 18 in the first half, hit a 20-foot jumper, and Graham followed with a 3, initiating a 20-8 Pelicans run to close the quarter.

Graham hit a 12-foot, running one-handed floater, Nickeil Alexander-Walker added a 3 and Josh Hart hit a layup to pull the Pelicans to 63-59 at halftime.

Pelicans will be visiting Phoenix Tuesday night for a 4-game road trip.