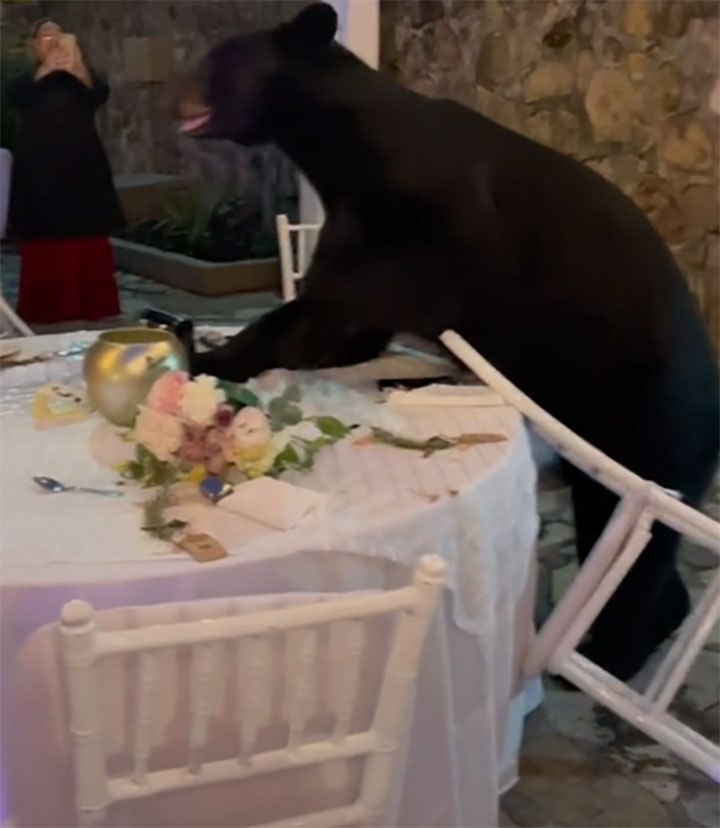 No one likes crashing a wedding .

Uninvited guests were caught on video at a Mexican wedding. It was a young black bear .. The intrusion was easy to see.

While the appearance of the bear was unexpected, it’s even more surprising to see the reactions from the guests at the wedding.

Angie Disa uploaded the footage to her TikTok page , where she said that a bear appeared at her cousin’s Mexican wedding in Chipinque National Park. It was captioned “He just wanted food.” “

A young black bear is seen sitting on the table during the wedding reception. A few guests are seen standing in the background making noises to scare away the bear.

Eventually, the bear decides to wander off and gets off the table, knocking over a few chairs as it turns.

The camera pans to show another table where guests are eating and casually sitting when the bear begins walking off. Before wandering away, the bear briefly takes note of the dining table.

At least one guest at the table appears to be more interested in his food than the bear standing a few feet away. The video has been watched over 1.7million times since it was posted.

In a follow-up video, Disa explained that a baby bear had spotted near the area of the reception earlier in the weekend. The bear arrived at the reception after most guests had been alerted to the fact that there was wildlife in the vicinity.