Climate change: UK calls on private sector to make big investments to save the planet 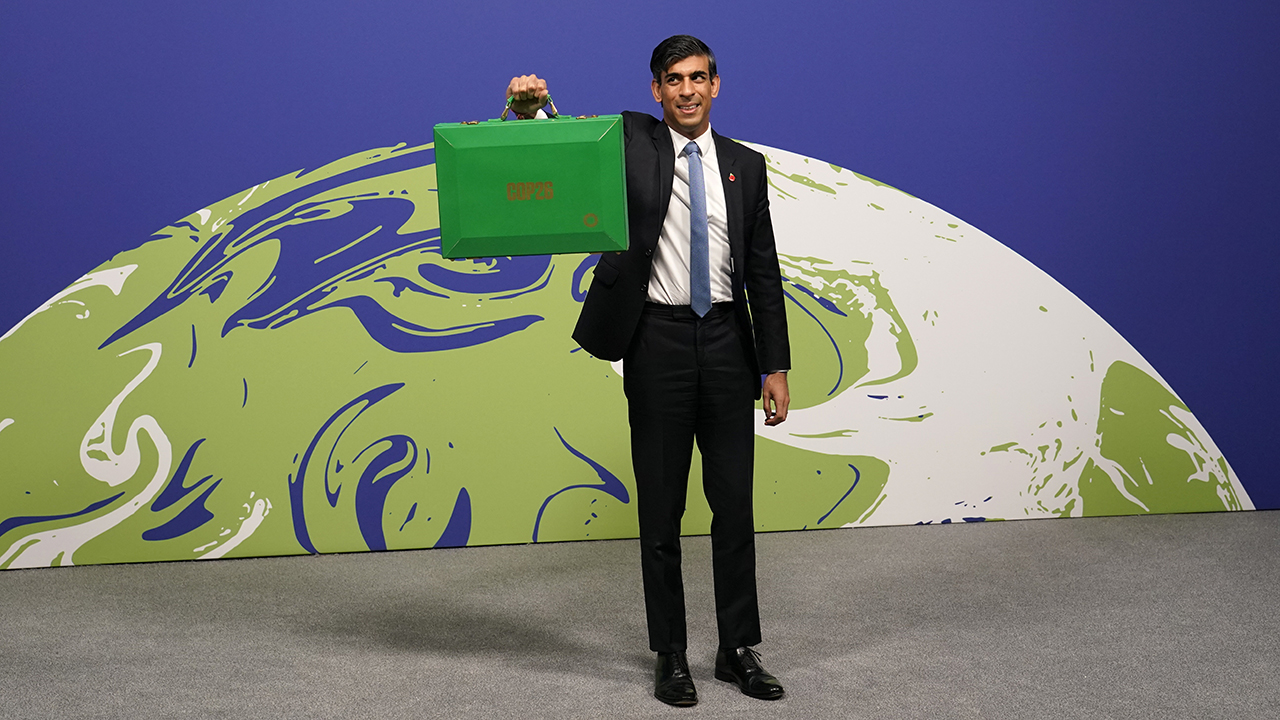 Britain called Wednesday for the world’s financial industry to channel its vast funds toward greener investments to ensure that global efforts to curb global warming succeed.

Speaking at the U.N. climate summit in the Scottish city of Glasgow, Sunak said U.K. financial institutions and publicly traded companies will be required to publish plans detailing how green their investments and their own businesses are — in order to ensure they’re actually contributing to reductions in global warming.

As home to the City of London, one of the world’s major financial centers, the U.K. “has a responsibility to lead the way” in financing those and other efforts to fight global warming, said Sunak.

The push for greener investment is also a great opportunity. Sunak stated that the measure forms part of a plan to establish “the first net zero aligned financial centre” in order to satisfy the needs of people who want to benefit from the shift to a low carbon economy.

Scores of countries including Britain have declared plans to reduce their greenhouse gas emissions by “net zero” over the next decade to curb climate change.

A wind farm can be seen in the distance at the COP26 U.N. Climate Summit in Glasgow, Scotland, on Wednesday, Nov. 3, 2021.
(AP Photo/Alastair Grant)

Cities, states and companies have also embraced the goal, which means limiting greenhouse gas emissions to the amount that can be absorbed again through natural or artificial means. Experts warn that “net zero” can be calculated in many ways and it is difficult to agree on a single definition.

Sunak called for a “historic wall of capital” to help countries, companies and cities meet their net-zero goals — but poor nations have noted angrily that Britain and other wealthy countries failed to meet their commitment to provide $100 billion a year to finance climate-related projects in the developing world by 2020.

U.S. Treasury Secretary Janet Yellen described climate change as both a huge financial challenge, with a price tag of $100 trillion, and “the greatest economic opportunity of our time.”

“Many renewables are now cheaper than carbon-based fuel alternatives and have lower long-term operating costs,” she said. It’s often economically feasible to switch to green energy in many instances.