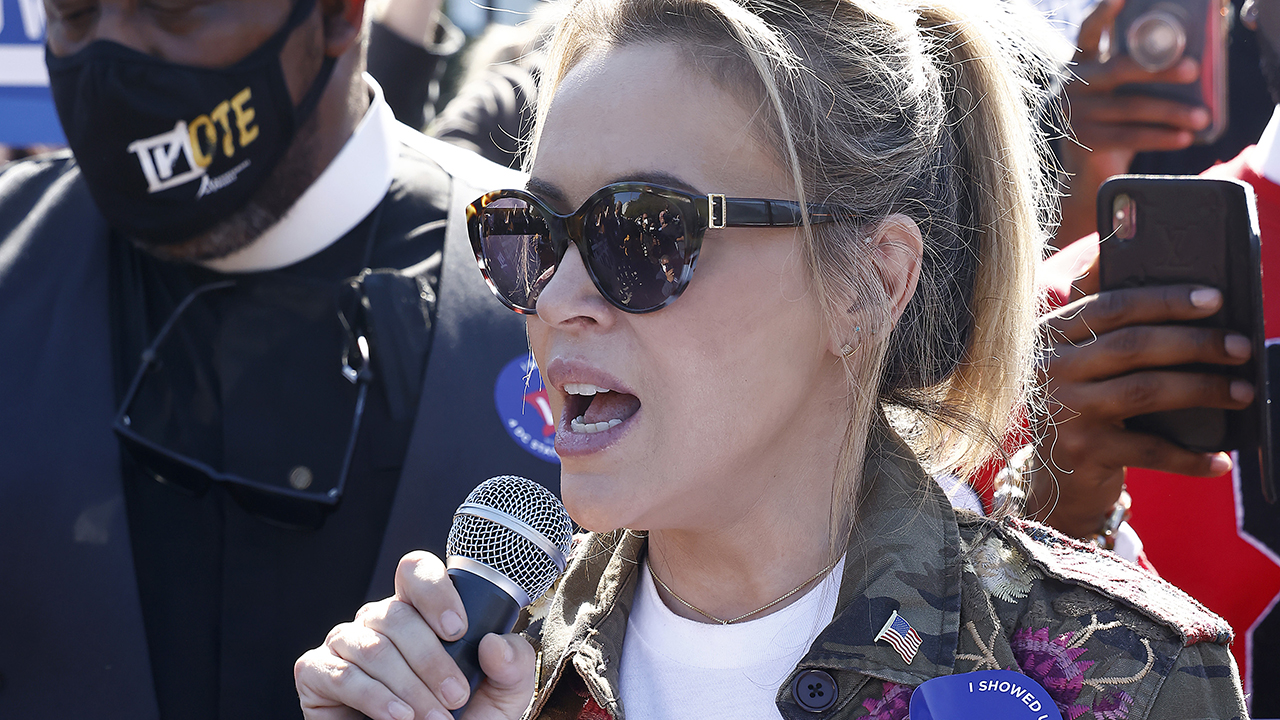 Alyssa Milano shared her thoughts on democracy and the Dave Chappelle controversy after being arrested outside the White House on Tuesday.

The 48-year-old actress and activist was walking outside in D.C. Tuesday when a photographer asked her some questions about her recent arrest while advocating for voting rights. Specifically, he asked her if getting arrested along with 23 other activists was worth it to shine a light on her cause.

“Democracy is worth it,” the actress declared.

She also noted that she will be testifying before Congress on Thursday at the Equal Rights Amendment hearing.

ALYSSA MILANO SLAMS ‘ABUSERS’ ON SUPREME COURT: ‘MOST DANGEROUS TIME TO BE A WOMAN IN AMERICA’

“I was just arrested for demanding the Biden Administration and the Senate to use their mandate to protect voting rights,” Milano confirmed on her personal Twitter account Tuesday.

Actress and People For the American Way board member Alyssa Milano speaks at the “No More Excuses: Voting Rights Now” rally held in front of The White House on October 19, 2021 in Washington, DC.
(Photo by Paul Morigi/Getty Images)

She continued: “Stand with me and @peoplefor and tell the Senate and White House that voting rights shouldn’t depend on where you live. #DontMuteOurVote.”

The group was advocating for voting rights ahead of the Senate’s vote to move forward with the Freedom to Vote Act. The legislation is set to reform voter registration and would make election day a national holiday.

ALYSSA MILANO SLAMS ‘ABUSERS’ ON SUPREME COURT: ‘MOST DANGEROUS TIME TO BE A WOMAN IN AMERICA’

Following her arrest, Milano was also asked by the photographer what she thought of the ongoing controversy surrounding Netflix and Chappelle’s standup special “The Closer.” While she is in D.C. advocating for voting rights, employees of the streaming giant in California are planning a massive walkout to protest co-CEO Ted Sarandos’ decision to give Chappelle’s negative comments about the transgender community a platform.

“I think there’s no room for any hate speech right now in America,” she said.

She took things a step further, calling on the streamer to remove the special and have the comedian educate himself with members of the transgender community.

“I think Netflix should pull the special and Dave should actually sit down and have a conversation with people from the community so that they can tell him why they were hurt by it,” Milano said.

Actress and People For the American Way board member Alyssa Milano speaks at the “No More Excuses: Voting Rights Now” rally held in front of The White House on October 19, 2021 in Washington, DC.
(Paul Morigi/Getty Images)

In his special, the comedian dedicates a significant portion to mocking the previous backlash he’s received for comments made about the LGBTQ+ community. Specifically, he targets transgender people, going as far as to declare himself “Team TERF,” an acronym that stands for “trans-exclusionary radical feminist.” The term was previously applied to “Harry Potter” author J.K. Rowling over comments she made excluding transgender women from conversations about feminism. Roughly the entire final third of the special is dedicated to talking about the LGBTQ+ community as well as responding to the previous backlash he received for similar jokes made on his fifth special “Sticks & Stones.”