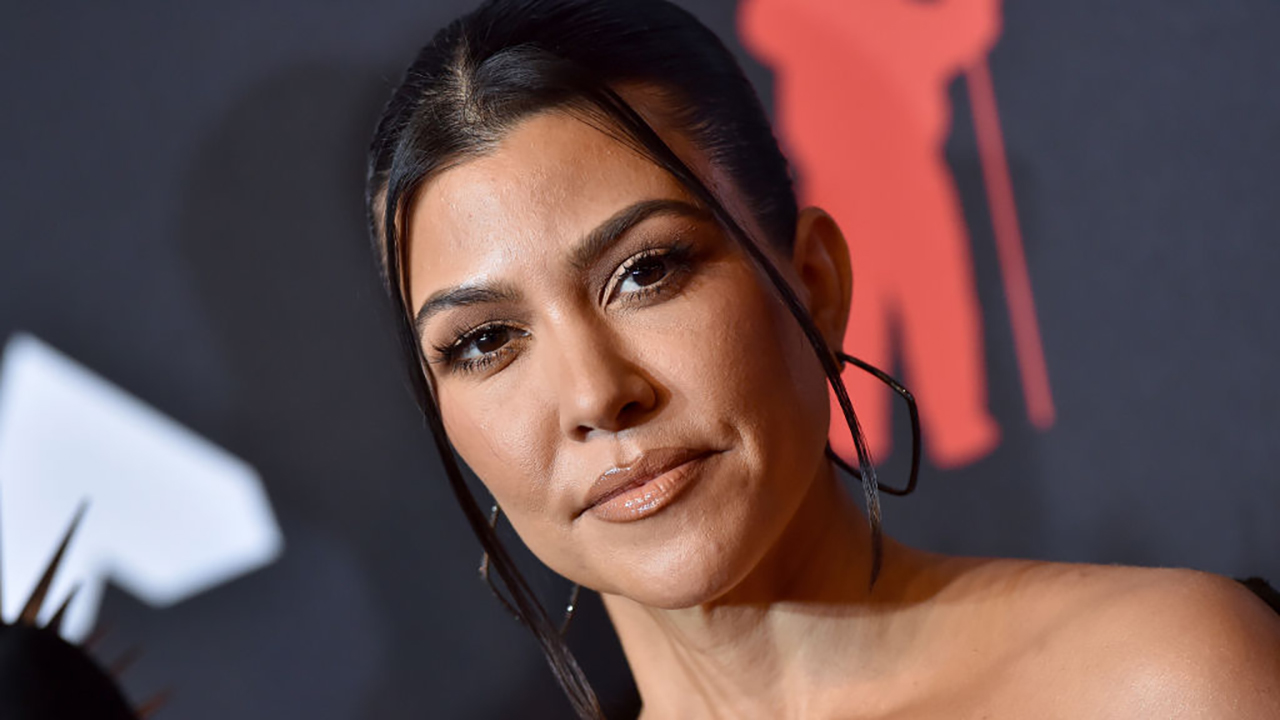 Kourtney and Travis Kardashian , and Travis Barker confirmed that they were engaged.

The “Keeping up with the Kardashians HTML3_ actress shared the news via Instagram. She posted a couple of photos showing her and Travis Barker on the beaches surrounded by what looks to be a large decorative heart of roses, along with candles.

“Forever@travisbarker,” she captioned her announcement .

Kourtney’s famous sister Kim Kardashian also seemed to confirm the news, tweeting a video of the happy couple kissing along with the caption “KRAVIS FOREVER.”

The Blink-182 drummer popped the question on Sunday, Oct. 17 as the sun was setting on the beach in Montecito, Calif. E! News reported that Kim and Khloe, Kim’s sister, were there to surprise Kourtney.

Meanwhile, the outlet reports that Barker’s 15-year-old daughter Alabama took to her Instagram to share photos and video from the celebratory dinner they had afterward. Some snaps showed fans the first glimpse of the huge diamond engagement ring the musician used for the proposal.

Although she dated Scott Disick for many years and shares three children with him, this will be Kardashian’s first marriage. Travis has already been married twice before.

Kourtney and Travis first sparked rumors that they were together when they were seen out and about together in December of 2020. It wasn’t until February that they took to Instagram to confirm that they were in fact dating after years of living next to each other in the same Calabasas, Calif. neighborhood.

The engagement caps off an eventful weekend for the couple, who jetted back to California from New York City where the musician played alongside Young Thug on “Saturday Night Live.” Kourtney shared photos of herself sitting on Barker’s lap backstage at the show, where she was on hand to support him one week after being parodied by her sister, Kim, during her hosting stint.