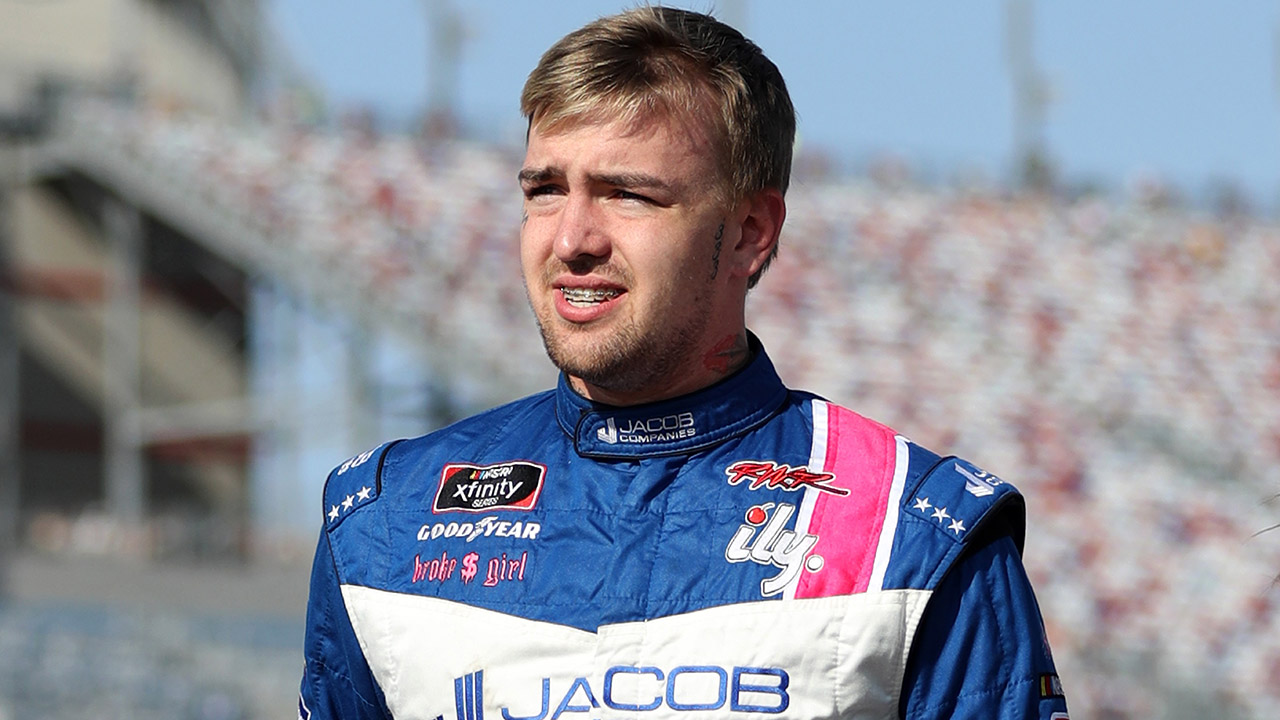 Part-time NASCAR Xfinity Series driver Carson Ware was suspended on Wednesday after being arrested and charged with assault in Rowan County, North Carolina.

Ware, 21, has made nine Xfinity Series starts over the past two seasons, including several for his father Rick Ware’s team, and was scheduled to drive for SS Green Light Racing at the upcoming race at Kansas Speedway.

Both teams joined NASCAR in suspending Ware indefinitely as his criminal situation is addressed. Ware was charged with assault on a female, simple assault and injury to personal property and released on $1,000 bail, according to Fox Sports reporter Bob Pockrass.

A police report said on the incident said Ware was staying at a co-worker’s home, to where he had allegedly returned intoxicated. He then became violent when the home’s occupants, Melissa Katsemperis and Kenneth Evans, advised him to go to bed around 2: 30 AM, and slapped Katsamperis. Katsamperis and Evans then locked themselves in a bedroom and called the police, who discovered broken glass and two broken flat screen TVs among other damage to the home.

“This morning I was notified of a situation that involved Carson Ware. At this time, Carson has been indefinitely suspended by SS Green Light Racing and NASCAR,” Rick Ware wrote in a statement released on social media.

“While I am frustrated by the actions of Carson, I am even more disappointed for Bobby Dotter and his entire team. Bobby has been a great ally through the years, and I hate to see SS Green Light Racing under scrutiny due to actions that do not reflect the reputation and image that Bobby has worked hard to uphold over the years.”

Carson’s brother Cody, 25, drives full time for Rick Ware Racing in the NASCAR Sprint Cup series and is expected to race at Kansas on Sunday.