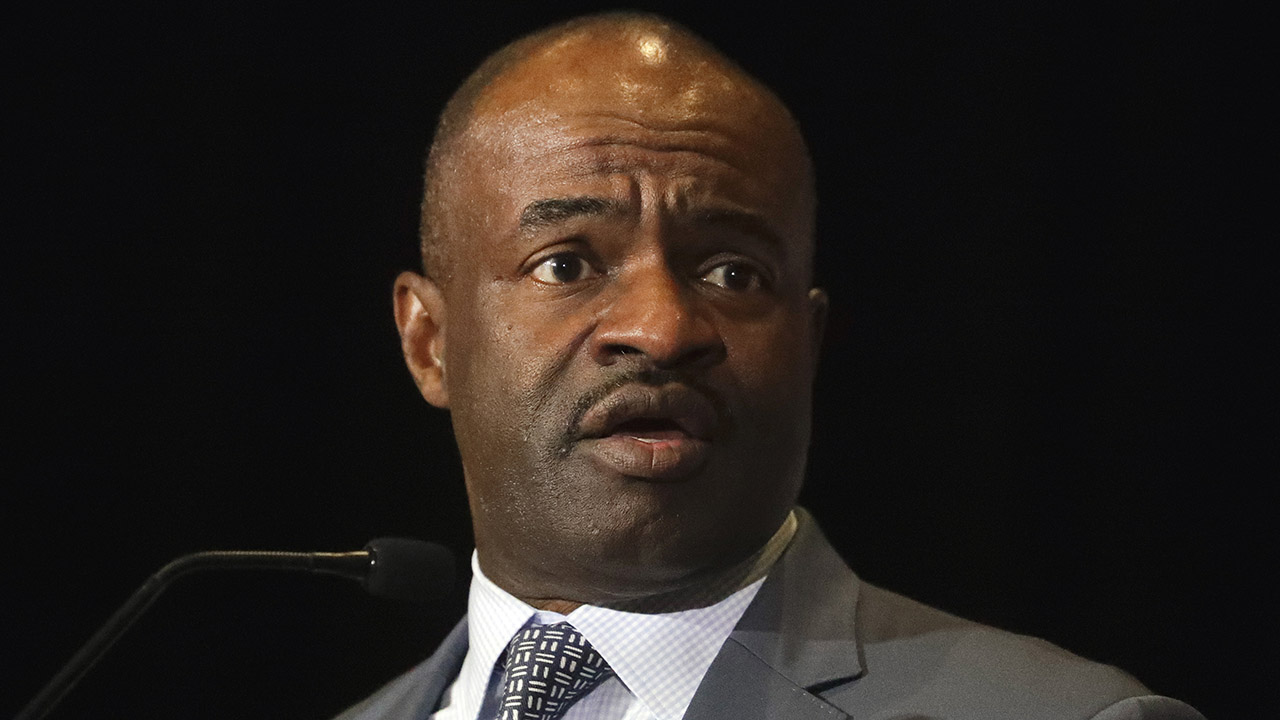 NFL Players Association executive Director DeMaurice Smith called for the league’s immediate release all emails involved in the investigation into workplace misconduct surrounding the Washington Football Team . This comes after revelations that a former executive had a close relationship with a high-ranking lawyer.

The warm words between Jeff Pash, the NFL’s top attorney and Bruce Allen, former Washington President were reported in The New York Times as well as Wall Street Journal .. According to reports, Allen and Pash discussed Smith at the time of the labor negotiations between owners and players.

FILE: DeMaurice Smith, executive director of NFL Players Association, speaks during the annual State of the Union news conference held in Miami Beach. The NFL reacted strongly and quickly Friday, Oct. 8, 2021, to a report that Jon Gruden used a racist comment about Smith in an email 10 years ago. The Wall Street Journal reported that Gruden (then working at ESPN, now coaching the Las Vegas Raiders) made racial comments about Smith’s facial features.
(AP Photo/Chris Carlson, File)

“The revelations in recent days about what Jeff Pash, Bruce Allen and others have said in private are both disrespectful and unacceptable in our sport, business and society and I have relayed my thoughts directly to the Commissioner with respect to this latest email release,” Smith tweeted Friday.

” Our players have repeatedly proven that they lead on important issues both for our country as well as their communities. It is ridiculous that those at club and league levels would suggest otherwise.

“Our players deserve a full accounting of any other NFL misconduct, which is why we once again call for the league to release all of the emails from the Washington investigation. All evidence and knowledge that such a matter has been hidden must be made public. “

According to The Times, Smith was “angered” after Allen denied him a field pass to a Washington home game. Pash described Smith as “the new sheriff” in the town. “

Smith’s labor negotiations were also a subject of discussion in Jon Gruden’s email leaks. The former Las Vegas Raiders coach used a racist troupe to describe the NFLPA boss, which was the first blow to his eventual downfall with the team. The NFL denied any speculations about Pash’s conversation with Allen.

“Communication between league office employees and club executives occurs on a daily basis,” Jeff Miller, the league’s executive vice president of communications, told The New York Times in a statement. Jeff Pash is an NFL high-character executive who is respected. To portray the emails as inappropriate is misleading or false. “

NFL spokesman Brian McCarthy has said the league has no plans to release emails involved in the investigation.