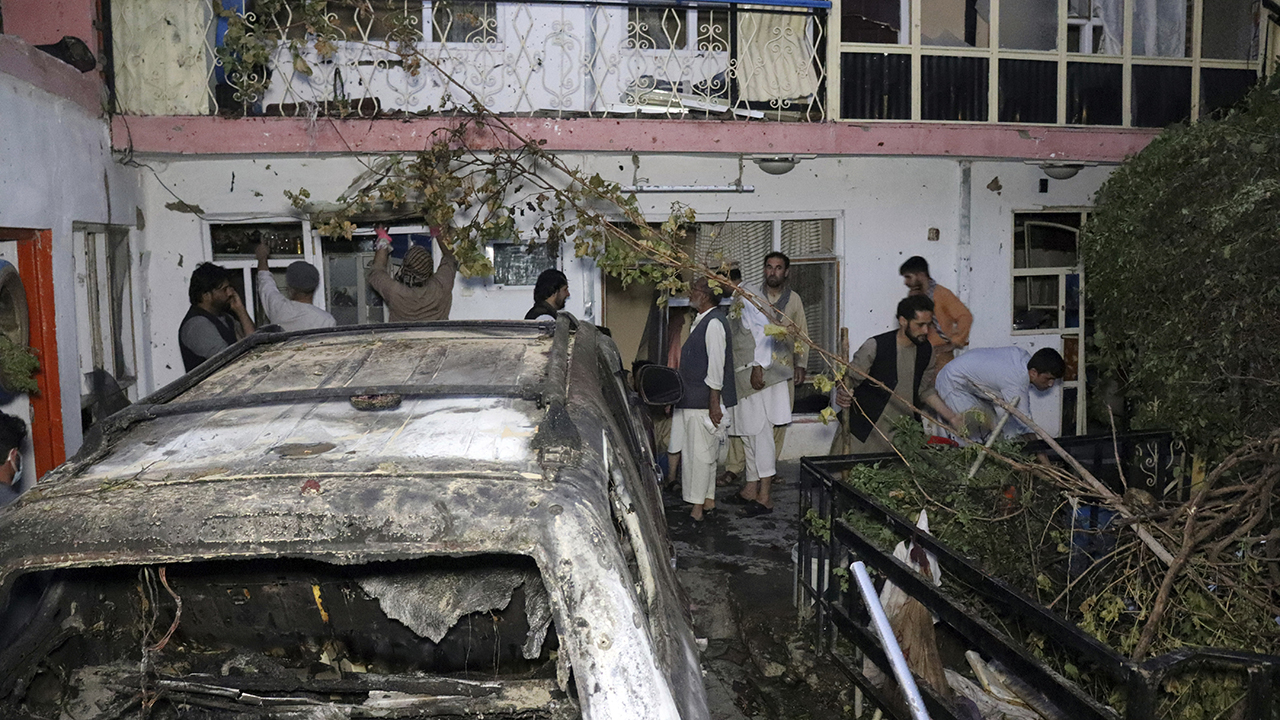 The Pentagon has offered condolence payments to the surviving family members of the 10 innocent civilians, including seven children, who were accidentally killed in a U.S. airstrike in Afghanistan in late August.

The Aug. 29 strike was intended to kill ISIS-K-affiliated terrorists in retaliation for a bombing three days earlier that killed 13 U.S. service members and dozens of Afghans at the Kabul airport amid the chaotic Biden administration withdrawal of U.S.

The Aug. strike was intended to kill ISIS-K-affiliated terrorists . This attack came in retaliation for a bombing three days earlier that killed , U.S. service members and dozens of Afghans at the Kabul airport amid chaotic ]Biden] administration withdrawal of U.S. troops.

Dr. Colin Kahl (undersecretary for defense policy), said that the deaths of civilians was a “tragic error” according to a Pentagon statement by John Kirby.

Kahl stated that Zemari Ahmadi, the victim of the attack on the USS Coles was innocent and did not bear any responsibility.

The amount of the payment offer was not specified. In a virtual meeting, Kahl heard from Dr. Steven Kwon (founder and President of Nutrition & Educational International) about Ahmadi’s long-standing work with the organization. During this time, Ahmadi offered “care and lifesaving aid” to war-torn victims.

The Defense Department admitted last month Ahmadi had no connection to ISIS-K after previously saying the opposite.

The Biden administration revealed the mistake only after media reports questioned if those killed were actually terrorist-affiliated, as military officials had initially claimed.

Kwon stated that NEI had pledged to honor the memory of Mr. Ahmadi, his family and all those who died in the strike. “

“Nothing can bring Zemari or these other precious people back, but we appreciate the opportunity to discuss these devastating losses in detail with senior Defense Department officials,” Kwon said in a statement, according to The Wall Street Journal. We hope that they act quickly to rescue the surviving relatives and NEI workers and help them rebuild their lives. “

The strike also called into question the U.S. ability to conduct targeted strikes without the added use of military intelligence capabilities on the ground, the Journal reported.

“This tragedy of war is heart-wrenching. We are committed to transparency about the incident.” Joint Chiefs of Staff General Mark Milley stated in September, after previously calling it a “righteous strikes”.

The Pentagon is also working to help the surviving family members relocate to the U.S.